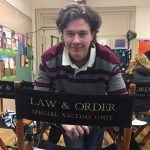 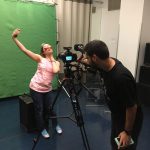 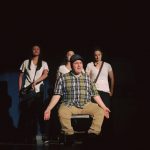 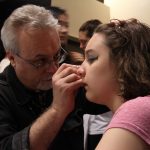 This fall, Actionplay is offering the Audition Workshop Series for adults with autism and other disabilities interested in pursuing the goal of becoming professional screen/stage actors. Open to the general public

The 7-session workshop series will be led by Broadway and TV actors/industry professionals Amanda Gardner and Stephen Anthony, featuring guest artists with disabilities.

The facilitators will support the actors in developing audition skills including choosing material, on-camera technique, character development, and responding to audition feedback. By the end of the workshop series, each actor will receive a personal headshot and a video of their prepared scenes and monologue. The culminating event of the class will be a showcase where the actors will present scenes and monologues in front of a panel of New York agents and casting directors for the purposes of exposure to industry professionals. (Please note that there is no guarantee of roles in any theater, TV, or film productions as a result of this showcase.)  Class only available for ages 16 and up.

What an incredible group of actors! Actionplay will be announcing next year’s audition workshop in February 2020.

If you are a Casting Director and are interested in casting individuals on the autism spectrum and other disabilities please email sara@actionplay.org or use the form below.

Alan Basiev from ACTIONPLAY on Vimeo.

Conor Tague from ACTIONPLAY on Vimeo.

Robert Cardona from ACTIONPLAY on Vimeo.

Boris Sachakov from ACTIONPLAY on Vimeo.

Stephen James Anthony is a stage and screen actor based in New York City. Born and raised in small town Minnesota, Stephen made the move east, studying drama at Syracuse University and at Shakespeare’s Globe in London, England. Stephen graduated Magna Cum Laude with a BFA in Acting and subsequently relocated to Manhattan to began his professional career. After touring the county and working regionally, Stephen made his Off-Broadway debut at Lincoln Center Theater in The Grand Manner. Shortly thereafter, he made the next step up in the original Broadway cast of the Tony Award winning Best Play, War Horse. He would return to Broadway three years later in another London transfer. This time as a member of the original revival cast of the Tony Award winning Best Revival of a Play, Skylight. His work has also been recognized individually on the regional theater circuit, having been nominated for Best Supporting Actor in Broadway World’s Regional Theater Awards. Stephen continues to work regionally and in New York, appearing on television and film, and leading theater master classes. Most recently Stephen completed turns on primetime shows Gotham and Billions, set to air early this year. 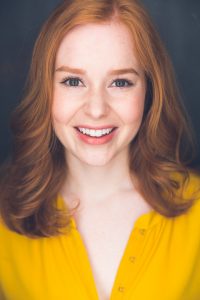 Amanda Gardner is a professional actor and teaching artist based in New York City. She grew up in Ohio where she performed with Columbus Children’s Theatre and also did commercials and print campaigns with Wendy’s, Limited Too, and others. Amanda graduated Magna Cum Laude from Syracuse University with a BFA in Acting. Her continued training post graduation has focused primarily in on-camera work, studying with John Beschizza (RADA), Heidi Marshall, and David Cady. Film/TV credits include “Blue Bloods” (CBS), “School Spirits” (SyFy),”Working Out the Kinks” (Recently screened at the Hip Hop Film Festival in NYC) and “Collegetown”. Theater credits include Queen Elizabeth of Factory 15 (Samuel French OOB Fest), The Glory of Living (Revolve Productions), and The Hypochondriac (Black Box Players). As a teaching artist Amanda has worked with multiple age groups and populations. While at Syracuse University, Amanda taught with the group that would later become CO/LAB theater group. For the past four years Amanda has been working as a facilitator with Actionplay creating original productions alongside students with Autism and other developmental differences. In addition, Amanda has worked with Broadway Bound Kids and Treasure Trunk Theatre teaching classes to pre-K and elementary aged students in acting, improv, dance, and Shakespeare.

THIS PROGRAM IS SUPPORTED, IN PART, BY PUBLIC FUNDS FROM THE NEW YORK CITY DEPARTMENT OF CULTURAL AFFAIRS IN PARTNERSHIP WITH THE CITY COUNCIL.

There are no reviews yet.